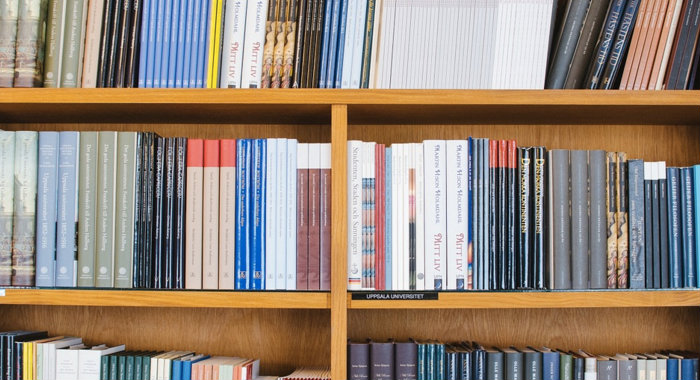 Forget it, we’ve added another ten!

The publishing industry has come in for some stick over the past few years, with some saying that the advent of the digital age calls for a swift funeral march. On the contrary, there are plenty of exciting publishing houses springing up all over the UK, whilst the big boys are adapting their approach to cater for digital media and changing consumer habits.
We’re proud to be involved in this – helping the shift to better systems and publishing processes.
The independent publishers featured in this article have all found their niche, and are making a mark on the industry.

Oops! We could not locate your form.

Hurst specialise in non-fiction, and have been going strong since 1969. They now publish around 70 books every year, and continue to champion founder Christopher’s “independence of spirit and refusal to follow the corporate path.” Their blog focuses around some of the fascinating and globally significant subjects that encompass their range of books, and reflects their commitment to excellent research and authorship.
Learn more about Hurst HERE.

These guys place a firm emphasis on quality over quantity, and believe that a book is something to me truly cherished, not merely a mass-produced commodity. In 2012, Alma took over the Oneworld Classics list and now publishes around seventy titles per year. Co-owner, Alessandro Gallenzi, believes that the “capitalist approach to publishing” doesn’t work, and that it’s best to keep a small and specialist focus.
Learn more about Alma HERE.

Cillian are all about embracing the changing technologies in publishing, and have released their works for multiple eBook readers around the world. Based in Manchester, they specialise in fiction; contemporary, young adult, and adult novels. They’re committed to giving every publication the best chance of success, and developing long-lasting relationships with authors.
Learn more about Cillian Press HERE.

Persephone publish “neglected” out-of-print twentieth century works, mainly by women. Their publications come in all shapes and sizes; short stories, novels, diaries, and more. Based in Central London, Persephone have been going since 1998 after their establishment by Nicola Beauman. All of Persephone’s book covers are grey, because they “had a vision of a woman who comes home tired from work, and there is a book waiting for her, and it doesn’t matter what it looks like because she knows she will enjoy it.”
Learn more about Persephone HERE.

Notting Hill Editions claim to be the Home of the Essay, and pride themselves in developing a community of essay-writing, whilst publishing the best essay non-fiction writers in the country. These guys run a biennial competition, seeking the best essay in the English language between 2000 and 8000 words, with a prize of £20,000. NHE’s founder is Tom Kremer, the man who brought the Rubik’s Cube to the popular market in the 1980s, after spotting its potential at a toy fair in Nuremberg, Germany.
Learn more about Notting Hill Editions HERE.

These guys are the most successful independent publishers to start up without capital in the last 30 years. After starting in 2005, Legend Press has become one of the fastest-growth publishing houses in the country, and were shortlisted for Independent Publisher of the Year in 2011. Managing Director, Tom Chalmers, has been shortlisted for multiple awards over the past years, and has driven the Legend Times group to a key position in the industry after having founded Legend Press at the age of just 25.
Learn more about Legend HERE.

Influx Press was founded in 2011 and is based in Hackney. The location is important for this publisher, as it focuses on site-specific literature closely linked to precise places. It’s not limited to East London though; it publishes innovative and challenging work from right across the UK and beyond, but the common thread is of stories from the cultural margins set in precise geographic localities.
Learn more about Influx Press HERE.

This is a grassroots social enterprise that works on a not-for-profit basis. It was founded in 2010, and operates through a subscription system. And Other Stories made its name by bringing a variety of previously untranslated works to the UK market. The company has a business ethic that prefers good writing to commercial sales.
Learn more about And Other Stories HERE.

Edinburgh-based Fledgling is an exciting and innovative publisher founded to get new authors out to the reading public quickly and efficiently across a range of formats. The focus is primarily on Scottish talent, but not to the exclusion of all others. This publisher was founded in 2000 and its business ethos has remained consistent: promoting the best new authors using, where possible, local talent right across the production process.
Learn more about Fledgling Press HERE.

Founded in Newcastle in the late seventies and named after Erik Bloodaxe, the last Viking king of Northumbria, Bloodaxe Books is primarily concerned with poetry. Its writers have won a myriad of prizes and brought no end of poetry to the public through numerous anthologies. Indeed, Bloodaxe has helped to establish a wealth of British writing talent, with a thousand books by three hundred writers in its back catalogue.
Learn more about Bloodaxe Books HERE.

11. Penned in the Margins

This London-based publisher started out running events and performances before moving into publishing poetry in 2006. Their main areas of interest lie in contemporary poetry and the spoken word, as well as experimental prose and anything outside the ordinary. They proudly claim to believe in the power of language to challenge the accepted view and create publications for those unafraid to take risks.
Learn more about Penned in the Margins HERE.

Ayebia was founded in 2003 by Ghanaian-born publisher, Nana Ayebia. They aim to publish books that will give fresh insights into African and Caribbean life, culture and literature. As with most exciting, independent publishers, Ayebia tries to give voice to diverse talent, and aims to enlighten and stimulate readers by exploring literature from an alternative perspective. But they’re not just concerned with entertainment; Ayebia’s interests extend to schools and colleges too.
Learn more about Ayebia HERE.

Based in South Wales, Seren is usually seen as Wales’ leading independent publisher. Indeed it’s the epitome of an independent publisher, being based in an attic behind a sandwich shop in Bridgend. It specialises in English-language writing from Wales, though aims to bring Welsh-language literature to a wider audience as well. They can lay claim to an impressive track record of literary awards.
Learn more about Seren HERE.

Founded by three friends in 2010, Honest publishes both fiction and non-fiction. They work outside the mainstream and try to bring alternative voices to a wider audience. Honesty is the key word for this company, and they pride themselves on the integrity of their business practices.
Learn more about Honest Publishing HERE.

As its name suggests, Strange Attractor has developed its base among esoteric and less popular cultural dimensions that are often overlooked by the mainstream. This is the publisher to go for if you want anything about the occult, psychedelic experiences or the supernatural. Like several other publishers, Strange Attractor started life running public events designed to celebrate its particular specialities and they continue to do so today.
Learn more about Strange Attractor HERE.

Specialising in drama and the performing arts, Oberon deals in play scripts and literature with a theatrical bias. It’s built a substantial back catalogue since it first began in 1985, and aims to produce translations of European classics. It remains one of the most exciting and innovative theatrical publishers around.
Learn more about Oberon Books HERE.