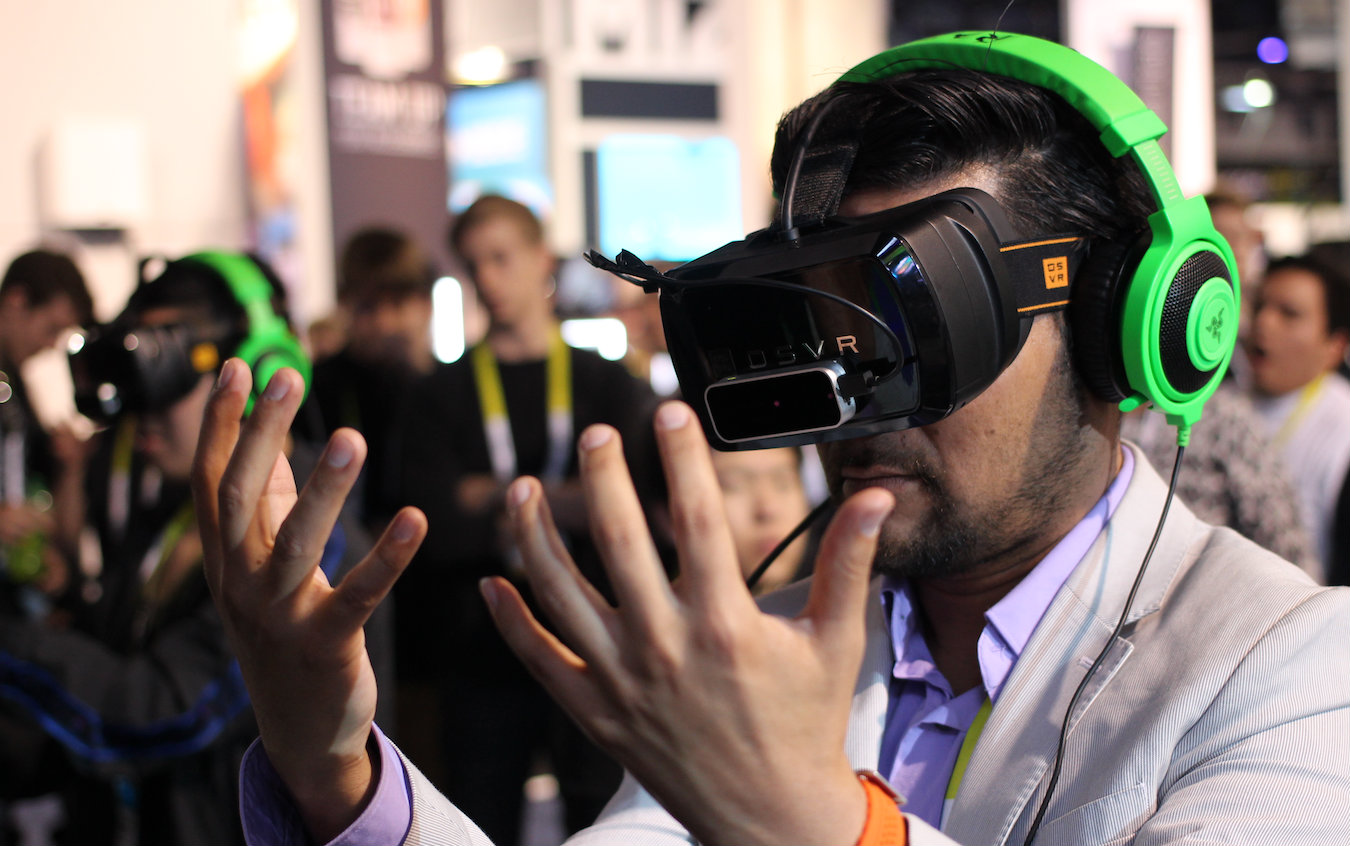 How can VR impact our everyday lives?

As humans, we’re constantly questioning what the future holds for technology because, like it or not, it has a direct impact on everybody’s lives whether positive or otherwise. Technology develops at lightning fast speeds, and it can sometimes be hard to keep on top of trends. Consumers wait on tenterhooks for public announcements of innovative new devices.
One trend that’s really hotting up is virtual reality, an exciting prospect for many people across a variety of industries. The anticipation was palpable at the 2015 VRLA convention in Los Angeles, as the attendance doubled from previous years, with creators, VR enthusiasts, and venture capitalists all coming together to observe current developments.
Virtual reality is often erroneously considered only relevant in the gaming and entertainment industry. In fact, the potential for all sectors is high and it’s growing all the time. It’s a game changer for businesses and consumers alike.
Here’re just a few ways virtual reality could make an impact in your life in the coming years.

Gaming is already a substantial industry, with significant profits and influence. Sony released the PlayStation 4 in 2013 and has already gone on to sell over 35 million home consoles. It takes years to complete a game such as Call of Duty, due to the intricate graphics, movie-like storylines and innovative gameplay. Dedicated gamers are already impressed by what they witness on their TV screens, but it will pale in comparison to the power of VR.
Gamers won’t just command the army man who’s stomping around inside the screen; they’ll be that army man. Oculus Rift is a VR headset and controller compatible with X-Box One and Windows PC, which will be released early 2016. It costs around £499 and will completely immerse the player into the realms of their chosen game.

The entertainment industry has already experimented with VR, providing fans with an interactive experience with singer Bjork. Artists who embrace technology in their music and live shows will be given the tools to take it to a whole new level. By using 360-degree virtual video, viewers will feel a level of intimacy that was previously hard to capture in standard music videos.
Nokia has released a purpose-built professional virtual reality camera called OZO. It captures 360-degree spherical video and surround sound. At $60,000, it’s a big investment but an exciting advancement in the accessibility of virtual reality.

As the capability of digital cameras increases at rapid speed, virtual reality could be a real possibility for everyday communication in the future. Sometimes it can be difficult to find the appropriate words to describe something, whether in a written form such as email or a telephone conversation. But introduce virtual reality into the mix and you can break down that wall and show people exactly what you’re talking about. This has the potential to completely reinvent communication, and VR users will experience life on an authentic sensorial level.

Virtual reality has the possibility to alter the business world for the better. Companies will be able to conduct virtual tours of their business environment to people all over the globe. It can also be used as a useful training tool for new and existing employees. If you have remote workers in various locations, virtual reality will allow you to arrange a meeting in real time, with no awkward conference calls or unreliable Skype connections.
Possibly the most important aspect of virtual reality for businesses is going to be the concept of viewing products in a 360-degree capacity. There’re already websites that have the function to spin a photographed product digitally via the information screen. But 2D photography will be a thing of the past for consumers viewing an item of interest.
With VR, consumers will witness every aspect of the product’s design, allowing them to fall in love with its structure. They’ll be able to genuinely imagine themselves buying and using it. This is great for businesses with exceptional physical products, and it’s even better for consumers who want to try before they buy.
The capabilities of life-changing technology will continue to grow in our fast-changing modern world, as what was one a distant daydream has become tangible for virtual reality technology.

Oops! We could not locate your form.